AFDI/SIOA and FMU present: “A Summer Night for Freedom” 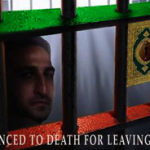 This is the last week to register for our historic symposium on the fight for freedom. We are near capacity. Email PamelaGeller@gmail.com and register for the AFDI/SIOA “Summer Night for Human Rights.”

Why is it that Muslim groups never speak out against the sharia and/or the jihad against non-Muslims across the world? Look at CAIR’s website, or that of ICNA, MSA, MSU ….. nothing addressing the slaughter across the world in the cause of Islam? It is their sanction.

Hamas-CAIR is brazen enough to hold “A Summer Night for Civil Rights” while they seek to impose the most radical and extreme ideology on the face of the earth. Defenders of freedom will be there, down the street at “A Summer Night for Human Rights.” The world’s leading former Muslim apostates, a veritable who’s who in the Muslim world (each one with several death fatwas on his or her head), will be speaking at our AFDI/SIOA event at the Marriott Manhattan Beach.

If it is too far for you to travel, we will be livestreaming it here. Bookmark it.

The confirmed list of speakers also includes some of the nation’s most prominent ex-Muslims:

Stand against sharia and the death penalty for Pastor Youcef Nadarkhani,  sentenced to death in Iran for apostasy. June 23rd, Marriott Manhattan Beach from 6 pm to 9 pm.

Hamas-linked CAIR is selling tickets for its “Summer Night for Civil Rights” for as much as $100; admission to the AFDI/SIOA Summer Night for Human Rights is free. Register to attend by writing afdisioa@aol.com.

All the schools of Islamic law, without exception, mandate death for those who leave Islam. We’ve dedicated the Town Hall to Pastor Youcef because he is in imminent danger of being murdered for his beliefs, and we’ve invited numerous apostates from Islam to speak about the death sentence they must live under every moment because they have dared to leave Islam. We’re calling upon Hamas-tied CAIR to stand up for Pastor Youcef and other victims of Islam’s apostasy law at their so-called ‘Civil Rights’ conference so-called ‘Civil Rights’ conference and to stand for human rights for all. Under the guise of ‘civil rights,’ these subversive groups seek to undermine the unalienable rights guaranteed to every individual under the Constitution. Their ruse must be exposed, their Sharia agenda renounced. What Islamic supremacist groups in the U.S. speak for Pastor Youcef?

Join us,  join the fight. Become a member of SIOA here and here. Follow us on twitter SIOAmerica.