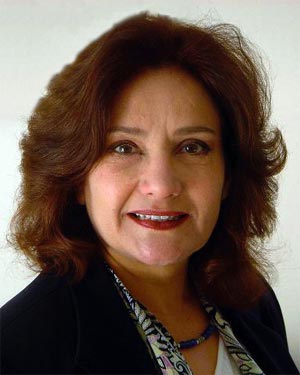 If you convert you die.

For instance, a prominent Egyptian lawyer and women’s rights activist Nagla Al Imam recently announced her conversion to Christianity in Cairo, Egypt. The announcement brought shock waves in and beyond Egypt. This is perhaps the first case ever of its kind where a Muslim woman, who is also a Sharia expert, has openly challenged Islamic apostasy laws.

Ms. Al Imam’s incredible courage was on display in an internet chat room, where she announced that she is not afraid, will stand up for the human rights of apostates and refused to leave her homeland, Egypt. This was immediately followed by attacks and calls for death of the 36 year-old graduate of Al Azhar Islamic University. Egyptian media not only reported the threat but actually participated in the attacks. Ms. Al Imam was literally lured by a TV station ‘Al Mihwar’ with the pretext of inviting her for an interview. Upon arrival to the studio she was told the show she was to appear on was cancelled. She was then taken forcibly to a room where she was held against her will for hours inside the studio. She was assaulted, threatened and insulted by several people. She was able to escape, and went to her internet chat room telling the world what happened and said she will demand protection from the Egyptian President Hosni Mubarak.

Such actions are common not only against apostates but also against Arab reformists, journalists, intellectuals and feminists who are critical of the oppression of Sharia. They are often intimidated, threatened or even killed for the slightest independent views using the apostasy card to keep them quiet. Journalist Farag Foda, accused of apostasy for advocating women’s rights, was gunned down in 1991 in front of his home in Cairo.

Another recent case in Egypt is that of a brilliant intellectual by the name of Sayed Mahmoud El Qemany. He was recently accused of apostasy even though he denied it on TV and insisted he is still a Muslim. That did not stop several fatwas of death from being issued against him. Mr. El Qemany reported 9 threats on his life and pleaded to the world when he wrote the following:

“I call upon the conscience of all humanity in the free world to come to me and my children’s rescue by providing moral support and the condemnation and denunciation of the radical thinking with quick solutions to save us from the danger that is luring around us. This is a distress call to all bodies and individuals. A call to the consciences of every free individual in the world. Signed: Sayed Mahmoud El Qemany- Researcher”

The relatively few number of Muslims who dare to convert to Christianity do that in extreme secrecy. That is because the penalty for leaving Islam is death in all schools of Sharia, both Sunni and Shiite. Those who wrote Sharia centuries ago knew that keeping Muslims in total submission would be very difficult to maintain, and thus they established barbaric laws condemning Muslims to death for exercising their basic human rights to choose their religion. Sharia never entrusted its enforcement only to the formal legal system. Islam promises heavenly rewards to individual Muslims who take the law into their own hands. Sharia states that the killers of apostates and adulterers are not to be punished as murderers. That is why, for Islam to achieve 100% compliance to Sharia enforcement, Muslim individuals were told they must be Allah’s enforces of Sharia on earth if the government fails to do so. That is the reason honor killing and killing of apostates happen in the West.

The end result is a chaotic society where everything happens behind closed doors but at a very heavy price to Muslim society and interpersonal relationships. Fear and distrust of others exist in all Muslim society. Muslims are not just distrustful of the West, but they are distrustful of one another. People are often more afraid of their neighbors and family members than the police. Thus we see husbands or father pressured to apply Sharia by killing an adulterous wife or daughter, or a perfect stranger participate in killing of an apostate in the public square. Very few get arrested or punished for such crimes across the Muslim world. The ingenious Sharia uses vigilante street justice to bring about Islamic submission. That is why civil unrest, assassinations, coups, and honor crimes go where ever Islam goes. The power of Islam comes from turning Muslim against Muslim with a reward in heaven.

But the 21st century has brought major change to the Muslim world. This is perhaps the first time in the history of Islam that Muslims finally have access to the truth about their own religion, thanks to the Internet and satellite dishes (invented by infidels). There are daily news reports of heart-broken Muslims who say they cannot believe what is written in Muslim scriptures and say that Muslims have been living under the greatest lie in human history, others simply deny the undeniable saying that it can’t be. While Saudi Arabia is spending billions to Islamize the West, many Muslim prisoners of Islamic law are dying or leaving the religion quietly.

Islamic tyranny is encapsulated in a law (Sharia) where many Muslims escaped from when they moved to America. But some Muslims claim it to be their religious right in America. Many American citizens who left Islam are living in constant fear from Islamist individuals and groups right here, in the land of the free and home of the brave. I am one of them.

2 Responses to Apostasy from Islam